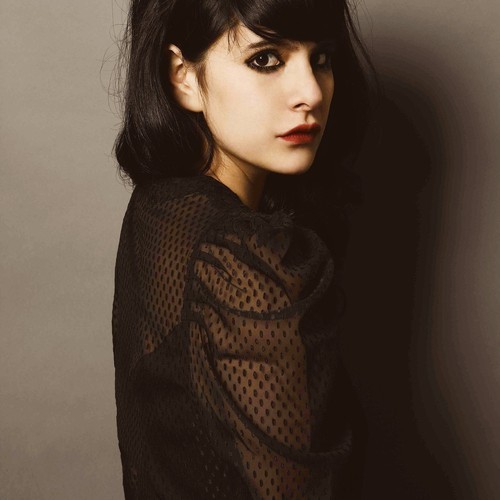 Not only do many roads lead to Rome, they also lead to behind the DJ booth.
Before reaching this point, multi-talent Sofia Kourtesis, with Greek and Peruvian roots, started out by organizing University parties, booking her favorite indie and electro bands for renowned Hamburg clubs; Prinzenbar, Docks and Große Freiheit 36.
And because a key ingredient to any successful party is of course a great DJ, Sofia simply placed herself behind the decks and through the process of learning by doing, she discovered a real penchant for mixing.
Even from a very young age, Sofia grew inextricably intertwined with the world of music. It all began with the record collection of her father, which ranged from Pink Floyd to Kraftwerk, as well as the influence of her aunt, a pianist, who gifted her with the passion for melody and sound along the way. 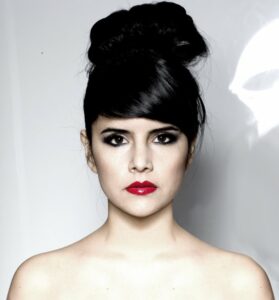 This lead Sofia not only from Hamburg to Berlin and New York, but also as DJ, once around the entire globe.
Korea, Israel, Peru, England and the USA are just some of the names to be found under her references alongside the likes of Melt and Dockville, as well as numerous other world-renowned German festivals.
Not only on the dance-floor but also at countless corporate events in fashion and lifestyle, has Sofia proven her unique sense for the public and location.
During her DJ sets she takes the listeners and dancers with her, on a journey along exciting and little-known pathways, interweaving pop-minded house, enthusiastic techno and mysterious electro. Diversely warm, yet rhythmically intense in sensation and impulse – her music is noticeably sophisticated yet simultaneously refreshing. 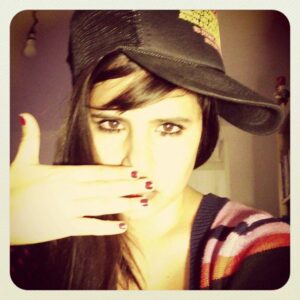 However, mixing alone has long proved insufficient for Sofia, as a sole outlet for her creativity.
Alongside, she can long-since be found singing behind the mic, adding that little something to the tracks of Gold Panda among others, or working on her very own fashion collection.
In addition, Sofia is to present her debut solo EP „Cambios“ later this year, to be released on label; a move that will further-establish her talent as producer, as well as her unique vision of House, whose flair and character let it sail over the ear drums and deep into the ventricles.
https://soundcloud.com/sofia-kourtesis

You can purchase the EP digital in igrooves.net, physical at Roughtrade from the 7th of November.
EP Setlist:

Tag Cloud
Pop Mondial Bristol Lead Us Jah DubFX Mr Woodnote Esa Records Cambios Smartkid Records SuperKaleider 2016 Berlin The Rock Steady Riddim Debut Album Release The Majestic Riddim Sizzla EDM Reggae Compilation Nuh Normal Snowhite UK Single Dubstep EP Sofia Kourtesis
We use cookies on our website to give you the most relevant experience by remembering your preferences and repeat visits. By clicking “Accept All”, you consent to the use of ALL the cookies. However, you may visit "Cookie Settings" to provide a controlled consent.
Cookie SettingsAccept All
Manage consent

This website uses cookies to improve your experience while you navigate through the website. Out of these, the cookies that are categorized as necessary are stored on your browser as they are essential for the working of basic functionalities of the website. We also use third-party cookies that help us analyze and understand how you use this website. These cookies will be stored in your browser only with your consent. You also have the option to opt-out of these cookies. But opting out of some of these cookies may affect your browsing experience.
Necessary Always Enabled
Necessary cookies are absolutely essential for the website to function properly. These cookies ensure basic functionalities and security features of the website, anonymously.
Functional
Functional cookies help to perform certain functionalities like sharing the content of the website on social media platforms, collect feedbacks, and other third-party features.
Performance
Performance cookies are used to understand and analyze the key performance indexes of the website which helps in delivering a better user experience for the visitors.
Analytics
Analytical cookies are used to understand how visitors interact with the website. These cookies help provide information on metrics the number of visitors, bounce rate, traffic source, etc.
Advertisement
Advertisement cookies are used to provide visitors with relevant ads and marketing campaigns. These cookies track visitors across websites and collect information to provide customized ads.
Others
Other uncategorized cookies are those that are being analyzed and have not been classified into a category as yet.
SAVE & ACCEPT